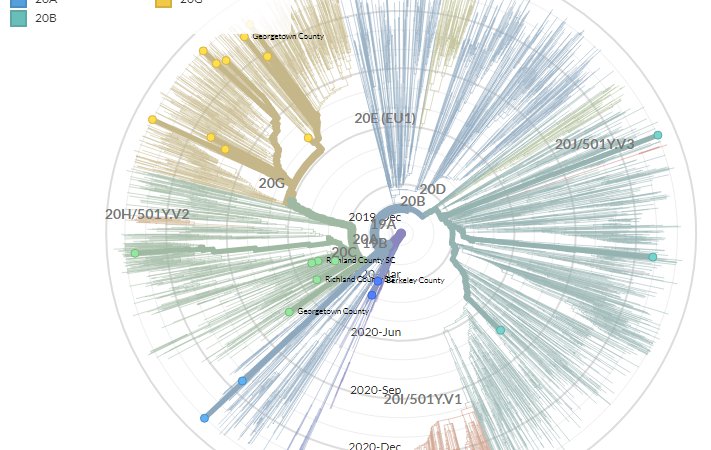 Detection of SARS-CoV-2 by PCR will not be affected by new variants.

Both the COVID-19 Genomics United Kingdom Consortium and the WHO have reported that mutations that have occurred in the Spike (S) gene, particularly the 69-70 deletion, is responsible for a “dropout” in the S gene target in certain molecular tests that target this gene.  Among the six different molecular tests deployed across MUSC Health only one test targets the S gene, the Thermo Fisher TaqPath test.  However, this test also amplifies two other gene targets, the ORF 1a and N genes, so the test itself is not compromised should this variant become common in the US.  Although we will remain vigilant for new variants that could potentially impact the performance of our molecular tests for COVID-19, the primer and probe sequences used in these tests are proprietary information, and consequently we are dependent on the manufacturers to alert us to any potential problems. Now that we have the capacity to sequence for variants and we know the gene targets of the assays we have deployed we should be in a better position to identify any variants that might comprise diagnostics.  The South African and Brazilian variants should have no impact on the performance characteristics on molecular diagnostic tests we use.